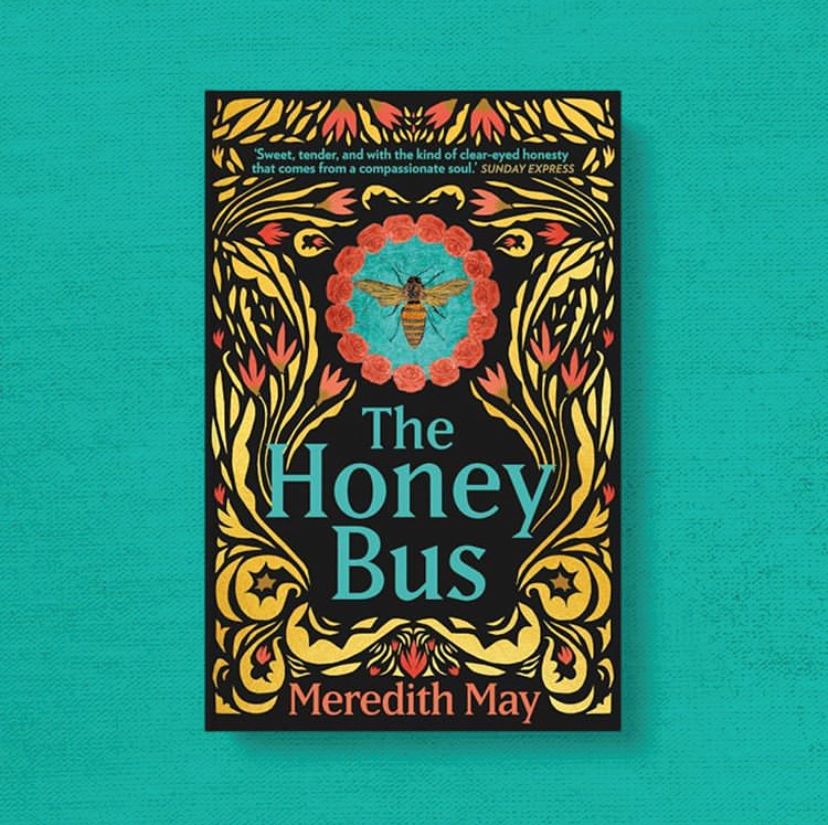 ‘The bee is more frightened than you,’ he said.

‘Can you imagine how scary it is to be this small in a world that is so big?’

When she was five years old, Meredith May was abandoned by both parents. Her father left for the other side of the country. Her mother disappeared into herself.

But when Meredith discovered the rusted old bus where her grandpa kept bees, her world changed forever.

Family duty. Compassion and sacrifice. Unconditional love. The life of a honeybee displays it all. As her grandpa showed her the sacrifices bees make for their colony and the bonds they form with their keeper, Meredith discovered what family really means.

A rich and lyrical coming-of-age story, combined with spellbinding nature writing, The Honey Bus is the extraordinary story of a girl who journeyed into the hive – and found herself.

‘Sweet, tender, and with the kind of clear-eyed honesty that comes from a compassionate soul’ Sunday Express

‘The wounded feminine, the missing masculine, healed by a relationship with honeybees. An innocent child’s hard won journey to adulthood – clear eyed, often very funny, and agonisingly compassionate. The Honey Bus is all these things and more – so if you’ve ever been a lonely child, or want the world to become a kinder place, here is your book.’ –Laline Paull, author of The Bees

‘A book of revelations, clear-eyed, eloquent and so touching… a wise, touching, beautiful reminiscence – and a cry for help for nature’s wonder workers’ –SAGA Magazine

‘Filled with hope, grace, beauty, and wisdom, this book is like warm honey in the sunshine. It beautifully illustrates how nature―even honeybees―can teach and heal us, if only we open our minds and hearts. It's the kind of book that stays with you long after you've finished it―a rare treasure―and you don't have to be a bee lover to be deeply moved by May’s wonderful story. I'm recommending it to everyone I know.’ ―Stacey O’Brien, New York Times bestselling author of Wesley the Owl

Meredith May is an award-winning journalist, author, and a fifth-generation beekeeper. A former San Francisco Chronicle reporter, her Operation Lion Heart series about a war-wounded Iraqi boy won the PEN USA Literary Award for Journalism and was short-listed for the Pulitzer Prize; and her investigation into sex trafficking at San Francisco massage parlours earned first place feature writing awards from the Society of Professional Journalists and the Associated Press, and was turned into a graphic novel by Stanford University.

Her writing is included in the book, Best Newspaper Writing 2005, published by the American Society of Newspaper Editors. From 2007-2017, she taught journalism at Mills College in Oakland, CA.